I have always understood “bluehairs” to be a pejorative term for old ladies.  From whence did this disparaging term arise?  Equating white hair with blue doesn’t make much sense to me.  Does this have something to do with poor hair coloring jobs performed by questionable salons upon the white hair of seniors?  And why doesn’t this disparaging term seem to apply to men?

In my quest for elucidation on the subject, I checked a few online dictionaries.  (My real dictionaries are languishing in boxes in my parents’ garage about 3½ hours’ drive down the interstate.  I miss my doorstop pals.) 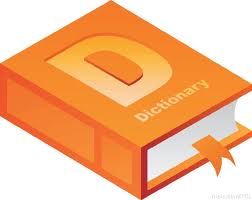 Webster’s online dictionary completely omits the terms “bluehair” and “bluehairs,” leading one to believe that the word is too controversial for that website’s conservative sensibilities.

Citing to Richard Spears’ Dictionary of American Slang and Colloquial Expressions (4th ed.), dictionary.reference.com provides no hint of word origin, simply defining the term as “an old lady, especially one whose hair is tinted blue.”  I still don’t understand why an old lady, or anyone for that matter, would want to tint his or her hair blue.

The Urban Dictionary offers multiple possible definitions of the term; one that provides a bit more insight is “an old person, but especially a slick, well-dressed retiree that still thinks that they have it going on.”

Now we’re getting somewhere.  Although I continue to remain ignorant regarding the connection between the color blue and the forelocks of our esteemed elders, I am starting to see that the disparaging nature of the term “bluehairs” has more to do with attitude than pigment.

Now, some of Urban Dictionary’s suggested usage examples refer to the term in the context of little old ladies with poor driving habits and stature that has shrunk to the point that only their blue hair is visible above the steering wheel.  That is a rather low blow, don’t you think?  It doesn’t take a psychoanalyst to figure out that our fear of aging has reduced us to the point of belittling those whose physical features so clearly exclude them from the American worshipful cult of youth.

Fear of aging is just one piece of the puzzle, however.  I can’t help thinking that perhaps the use of negative-sounding terms to describe senior citizens betrays a bit of “longevity envy.”  With everything from the environment to politics going to hell, we doubt that we ourselves will ever make it to the proud ranks of octogenarians, nonagenarians and centenarians.

In his book Word Freak (arguably the best book ever written about the subculture of tournament Scrabble), Stefan Fatsis bemoans the fact that, early in his Scrabble tournament career, he was soundly trounced again and again by the “blue hairs” of the circuit.  Fatsis’ use of the term could be interpreted as a way of feeling better about ourselves by resorting to put-downs of those with greater experience who give the lie to the conventional wisdom that younger is better.

When in the mood for some mindless entertainment, I have been known to check out Betty White’s TV show “Off Their Rockers” on NBC.  Here’s where we move into what I like to refer to as “longevity levity.”  Ms. White and her crew seek to turn the bluehair stereotype on its head by “punking” members of the younger generation who never see it coming.  Among her stock in trade is poking fun at the common misconception that those in their eighties and beyond have no interest in sex and would probably die of a heart attack should they ever attempt such a strenuous, risky maneuver.  My favorite bit is the one in which she asks a stranger to have sex with her right there in the street so that she can cross this item off her bucket list.  The look on the young man’s face (not to mention the fact that he actually considers it) is priceless.

I don’t know whether Betty White’s antics will succeed in turning around Americans’ attitudes toward the elderly.  Either way, it appears that the term “bluehairs” remains reserved for a special variety of “uncoolness” that we like to attribute to old folks.  But, as we know, all things eventually come full circuit.

And sure enough, digging further, I discovered that having blue hair has become cool again!  One of the contributors to Urban Dictionary points out that having characters with blue hair is “a necessity in anime.”  But of course!  I had totally forgotten that blue hair (usually bright blue) is a standard of Japanese animation.  As my Bay Area niece and nephew (who are into such things) would quickly point out, no self-respecting Japanese graphic novel or comic is without at least one character with blue hair, and usually a heroine at that!

So, thanks to our wonderfully rich, constantly evolving English language, it seems that the term “bluehair” is gradually transitioning from an insult to a badge of honor.  And why shouldn’t it?  It’s hard not to notice how blue hair (and green and pink and purple hair) has been gaining a foothold in popularity among the young.  Could it be (Heavens!) that the young are actually imitating the old?

These days, most of us barely take notice when a young woman or man with a blue streak in his or her hair, as well as a pierced lip, tongue and eyebrow, is seen walking down the street or pushing a shopping cart at Wal-Mart.  (The phrase “blue streak” deserves a blog post of its own.  Once used to indicate speed, as in something that goes by in a flash, it is now primarily associated with profanity, as in “swearing a blue streak.”)  I was once placed in the ignominious position of trying to keep a straight face as I conversed with a young woman who had her hair parted in the middle, with one side dyed entirely bright blue while the other side was flecked with streaks of deep red.  I have to stop being such a fuddy-duddy and recognize self-expression when I see it.  But it’s still hard not to laugh.

So when I walked into Starbucks on Thursday (after they once again got my drink order wrong in the drive-through), I barely registered an amused grin when I noticed that a woman sipping a latte at a table in the center of the store had bright blue spiky hair that might have been a bad attempt at imitating a cerulean Statue of Liberty.

As I waited for the barista to remake my decaf soy latte, I slowly registered the fact that the bluehair Lady Liberty wannabe was sharing her small table with a Renaissance maiden and Merlin, the magician.

I had forgotten that it was Halloween.