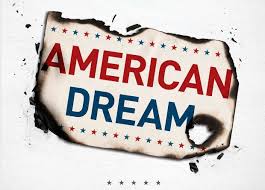 Shout out today to new bloggers Laura and Bob of The Two Who Wander.  I am so glad I happened to run across their little corner of the blogosphere.  They are recent retirees who have invited us to share this new chapter in their lives and to tag along on their adventures across the USA.

I particularly enjoyed Bob’s post Retired! in which he takes us on a guided tour of his career working first on coin-operated games at a small firm and then for many years at Hughes Aircraft.  Bob tells us that his employer provided “a pension that will provide enough income to help Laura and I survive into old age.”  I can only sigh and gaze wistfully at such things.

In my mind, I travel back to my junior year of high school, when I was one of two students selected to compete in a national writing competition.  The other student was a girl who was a talented musician, a brilliant student and at the top of our class.  I, on the other hand, was a new student who had just moved to the area and somehow impressed the creative writing instructor with a couple of poems.  Perhaps the school thought that this outsider could be the secret weapon who brings home the big one for good old John Jay High.

When the two of us arrived in the classroom at the appointed time, the proctor informed us that we’d have an hour to write anything we wanted on this year’s topic, “the American dream.”  I asked if it was okay to write a poem.  The proctor reiterated that we could write whatever we wanted.

Peering over to the other side of the classroom, I saw the young lady immediately begin to scribble her thoughts, only occasionally looking up for inspiration before lowering her head and continuing.  I, on the other hand, had no clue what to write.  None at all.

I had no idea what the phrase “the American dream” meant.

I writhed uncomfortably like a butterfly mounted on a pin while still alive.

The jig was up.  I would now be exposed as the fraud I really was.  I ended up turning in three or four lines of nonsense and did the best I could to forget about the whole thing.  Now that forty years have elapsed, I think I can fairly state that I have been as unsuccessful in the forgetting part as I was in the writing part.

Later, I found out that “the American dream” is somehow associated with home ownership.

Even though I was born in Manhattan, I feel as if I must really be from another country, as home ownership has never meant anything to me.  I’ve always been a renter and plan to continue so to the end of my days.  Perhaps somewhere along the line I fell asleep and had the Swedish dream or the Chinese dream.

I guess I could be like my sister, who owns homes in two different states, but has to rent them out in order to pay for them.  Meanwhile, she is unemployed and living in an extended stay hotel in Reno, where she just had her car broken into and had to have the smashed window replaced.  On her own dime, I might add, as she hasn’t yet met her deductible.  Is that the American Dream?

I guess I could be like the countless multitudes of my fellow Americans who have become victims of subprime mortgages, who have seen the value of their homes plummet in decomposing neighborhoods, whose home loans have gone “under water,” who have been awarded their marital homes in divorce settlements but can neither keep up the mortgage payments nor sell out, or who have absconded after the foreclosure notice has been affixed to their front doors.  Is that the American Dream?

I guess I could be like the many impoverished households in this area in which ten or twelve people are forced to live together and the roof over their heads is earned at the price of having no food in the house.  Is that the American Dream?

I guess I could be like our homeless friend who alternates sleeping in a chair at a friend’s house and rolling up in his sleeping bag outdoors.  One day last week, he came begging for a dollar because he was dying for a cigarette.  Thursday, he came by because he was hungry and we fed him dinner.  The next morning he came by again and we gave him breakfast.  Is that the American Dream?

I suppose I could quit it with the pessimism and look at the multicultural melting pot that we have become as the American dream.  The joy of living in a time and place where I can sing Hebrew songs in a church in which most of the parishioners speak Spanish.  Where I can eat latkes one day and tacos the next.  On that day back in high school, perhaps I should have written about my grandmother traveling by train from Austria to Le Havre in France and boarding a ship to cross the Atlantic in steerage, seasick for weeks, to reach a better life in the United States.  In the insular childhood I enjoyed on the East Coast, I had no idea that there were Mexicans paying their life savings to be ferried across the Arizona border, only to be abandoned and die in the heat of the Sonoran Desert.  Nor did I know about those who actually made it, finding the American Dream working as domestics, field hands and day laborers in California or meat packers in Nebraska in order to send a few dollars back home to the family in Jalisco.

Or perhaps the American dream has evolved into obtaining our fifteen minutes of fame, winning the Power Ball, wearing a chicken costume on American Idol or twerking on the world stage of the VMAs.

No, today I think we have a new American dream, and I thank Bob and Laura for reminding me of this.  The American dream for the twenty-first century is to be able to retire before the age of sixty with a pension that will support us so that we can follow our dreams, American or otherwise, for the rest of our lives.

For myself, however, as for most of us, this is a dream that will forever remain out of reach, a dream that vanishes into thin air the moment we open our eyes.