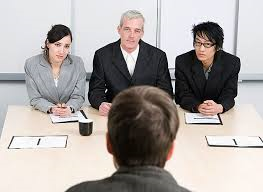 The big interview was this afternoon and I survived.

Okay, I did better than survive.  I rocked it!

Yes, I was nervous as hell.  I made sure to arrive early, with the result that I ended up sitting in the waiting room chewing on my fingers and tugging at my socks for 45 minutes.  The sock thing was necessary because my holey hose (of course I discovered a big hole in one of them while I was sitting there) simply would not stay up.  They kept falling down, revealing my distended cankles and making it clear to all the world that here is a candidate who definitely does not have his act together and isn’t worth the trouble to interview, never mind hire.

I owe a large part of today’s interview success to my wife, and even a little to my sister, who called yesterday to complain about my mother for an hour.  But Sis and I, both currently unemployed, did spend a few minutes commiserating about the incredibly stupid questions asked by interviewers and how on earth you’re supposed to come up with a response that sounds halfway professional when what you really want to do is tell the panel is what a bunch of dorks they are.

My sister particularly mentioned a question that comes up repeatedly in the course of her job interviews:  “Tell us about a time that your boss made a decision that you did not agree with and specifically how you implemented that decision with staff.”  This, she said, is not a question to which one can respond effectively on the fly.  It requires preparation.  It’s almost a trick question, because you’re not supposed to admit that you have differences of opinion with your boss.  My sister said she’s working on putting together something that sounds decent so that she’ll be all ready when they drop the bomb on her.

I empathized with my sister on this one, as I, too, have run into this question with prospective employers on more than one occasion.  I wish I could just tell the truth, that it doesn’t matter how I feel about decisions that come down from above — that, as a manager, it is my responsibility to present policies in a positive light and to implement them effectively without regard to my personal opinions.  But that’s not good enough; the interviewee is expected to cite specific examples.

Before my interview today, I solicited the advice of my wife.  She reminded me of a particular procedure change that I experienced a number of years ago, and how I implemented it by treading lightly on the onerous aspects and emphasizing the positive results that were likely to ensue.  My wife also reminded me that it is often difficult to see the big picture; that’s what the more experienced members of upper management get paid to do.  Thus, what looks like a turkey of a decision in the short run could well turn out to be brilliant in the long term.

Sure enough, the question came up in the interview today.  The panelists were nodding and smiling, so I tend to think that they were positively disposed to my answer.  I believe there is a lesson to be learned here:  Preparation really is the key.

I am accustomed to five to eight questions at panel interviews.  Although I didn’t count, there must have been at least a dozen at this one.  I had to be reminded (twice) that I was going over the allotted time, because once I get started, I tend to go on and on.

The three panelists were very pleasant and professional and most of the questions they asked appeared to be well thought out rather than stock questions from some HR handbook.  Somehow, I never needed a moment to think of a response, nor did I stumble over my answers at all.

In short, this was the most successful interview I have experienced in some time.  Not to jinx myself, but I will be rather surprised if I don’t get this one.

One thought on “Rockin’ the Interview”