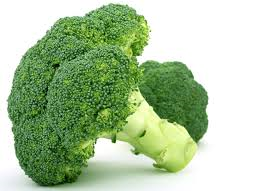 I’m tired of explaining myself all the time.

Why is it that when you admit to being a vegan, people look at you as if you have two heads, cloven hooves and laugh like a hyena?

And that’s if you’re lucky.  Half the time, they just roll their eyes as if to say “why can’t I know any normal people?”

But the worst is when they express sincere interest.  And just when you’re about to summarize the ecological, ethical and medical benefits of a plant-based diet, they blurt out the question:  “So why are you vegan?”

As if no one in his or her right mind would choose such a lifestyle.  Surely it must be some type of serious medical condition.  Unless, of course, you’re just one of those tree-hugging, granola-chomping hippie wannabes.  In either case, this is going to be a juicy story to pass around, so spill it!

It’s bad enough when you have to go through this rigamarole with coworkers, clients and bosses.  Unfortunately, family and friends often aren’t any better.

My vegan proclivities are of recent vintage, but I’ve been a vegetarian for a quarter of a century.  My parents apparently feel that they’ve never received a straight answer from me, as every so often they ask again.  Such an occasion arose over the Thanksgiving holiday.  “Surely it can’t be for health reasons,” my mother offered.  Well, that’s obvious.  Health benefits clearly have nothing to do with it since I’ve been morbidly obese since childhood.  I would have done something about my weight long ago if health concerns were on my mind.  Right?

My father, ever helpful, chose this moment to add that, after all, Hitler was a vegetarian.

My sister, with whom I had had no contact for six years prior to Thanksgiving, had to ask me for an explanation as well.  And she is a vegetarian!  When I explained that I believe in the sanctity of life, she replied that this is no reason not to eat eggs.  As if no life emanated from eggs!  And where exactly do birds come from?

At this point, I became a bit snarky and offered my opinion that it’s disgusting to eat things that come out of a chicken’s butt.  My sister responded that, as far as she knows, the egg exits from a different hole than the feces.  Gosh, I feel a lot better now!

At least she didn’t point out that the plants I eat were alive until harvested for our culinary delectation, just as the cow and chicken were.  (My mother has pursued this line of argument in the past.)  Then I’d have to describe how plants do not have an animal nervous system and are unable to feel pain.  At that point, I’d be entirely on the defensive.

Why is it that no one asks “so why exactly are you a carnivore?”  And I’ll never forget the time I was chatting online with a self-styled pundit who demanded to know:  If we’re not supposed to eat animals, then why are they made of meat?

I’m never quick enough with the facile response.  In my sister’s case, what I should have said is that, in our Jewish faith, the entire rear third of the cow is forbidden as food, and there is no reason not to treat the chicken in the same manner.

Next time I’m asked the question, I think I will respond “I’m vegan because I want to be.” End of conversation.

My wife says I should just say “it’s a personal choice.”

Truly, I married a wise woman.

4 thoughts on “A Personal Choice”