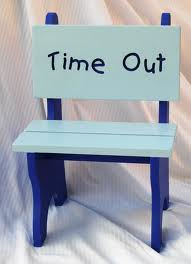 I have discovered that young children can be tyrants.

My wife and I (okay, mostly my wife) babysit our one year old grandniece at least four days per week while my niece is taking college classes.  We love her dearly and have a blast playing with her.

We spoil her beyond all reason, in the style of aunts and uncles the world over.

We pretty much follow her lead.  Most of the time, she is rather creative and comes up with all sorts of games.  Whatever strikes her fancy becomes the order of the day.

I mentioned last week about her game of pulling the headset cord out of my laptop and sucking on it.  And also the “La La Song” that she sings as a cacophonous duet with my wife.

Now she has a new game.  It goes like this:  Baby bangs her palm flat on the couch.  Then it’s uncle’s turn to do the same in imitation of her.  Repeat.  Repeat. Repeat 20 more times.  Uncle wonders if she’s going to get tired of this sometime before dinner.  The answer is no.  Attempt to distract baby.  Fail.  Efforts to distract succeed only in annoying baby, who demands to know why you are doing this when the game is not over yet.

No matter what the game is, it is never over until baby says it’s over.  Don’t you know anything, uncle?

When she runs out of creativity, and has already pulled all of her toys out of the cabinet and strewn them across the living room and has grown bored with those, the little princess simply demands to be entertained.  As you know, being entertained upon demand is the royal right of all princesses.  Failure to comply will result in swift and terrible punishment in the form of a royal screaming fit that will jar your nerves from here to tomorrow.  You will not soon forget your transgression against Her Royal Highness, as you will wake up in the middle of the night and think you hear her bawling even though she is two miles away with her mom.

My little grandniece loves music.  Any kind of music.  On the TV, on our mp3 players or one of us singing to her.  She displays a big grin and begins dancing to the rhythm.  This should come as no surprise, as her mom, at the tender age of 17, has a melodious voice that some would kill for.

I’ve been trying to teach her the ABC song.  And “Frère Jacques.”  And “Sur le Pont d’Avignon.”  And “Alouette.”  Even “Les Chevaliers de la Table Ronde” and “La Marseillaise.”  Can you tell that I’m in French mode?  My college student niece has asked me to teach her some French and I’ve been trying to go over some easy phrases with her.

My favorite baby doesn’t know quite how to take all those funny sounding words.  She just stares at me raptly as if to say “You know what, uncle?  You have finally gone and lost your marbles, dude.”

We attempt to capitalize upon the little one’s love of music by using any music available to keep her entertained.  There is always the insipid Baby TV in the background, and then there are the Sesame Street videos that my wife has found online.  I think “Hooray-Hurrah for Broccoli” starring Abby Cadabby is my new favorite.

I don’t have children of my own, so much of this stuff is brand new to me.  Like the way a one year old demands attention.  And I mean demands.  It is fortunate that there are usually three or four adults here, giving us each a break as she toddles gingerly between us.  She discovers her world by placing everything in her mouth and sucking on it.  I have gained a new appreciation for child-proof caps and child-proof locks.

When she gets into something that is off-limits and refuses to take no for an answer, the little one earns a time out in the “naughty chair.”  At her own house, her mom has a cute little seat emblazoned with the logo “Time Out!”  Little Miss Fussbudget hates that seat, as her legs dangle from it and she cannot get off unaided.  Here at the parsonage, she has a tiny green plastic seat that serves as the naughty chair.  The only problem is that she loves this chair and drags it around with her.  It’s not that she wants to sit on it, mind you.  She just wants to suck on its legs.  Take that, Supernanny!

When my grandniece feels she’s not getting enough attention from the adult upon whom she is currently focused, or when she gets tired or when she doesn’t feel well, all bets are off.  She expresses her displeasure in the only way she knows how:  By wailing at a volume that can be heard over in the next county.

We try to ensure that she has regular naps, but this is becoming increasingly problematic.  No matter how tired she is, she does not want to go to sleep when there is the risk of missing something.  And there are enough of us around that this would be pretty much always.

Her glassy-eyed look is a dead giveaway for how tired she is.  But just try to put her down and the siren show gets going.  Today, Nana had to rock her until she finally fell asleep on her.  And then she rocked her some more, knowing that the moment she was put down in her crib, she’d start screaming.  Which she did.

It is difficult to say no to this little girl about anything, no matter how inconvenient it is.  Not just because we love spoiling her, but also because it causes her to pitch a fit.  In that respect, she can be a rather demanding despot.

But when you really think about it, why shouldn’t she be?  She knows how to get what she wants.

And, as they say in the funny papers, if it ain’t broke, don’t fix it.

3 thoughts on “The Naughty Chair”